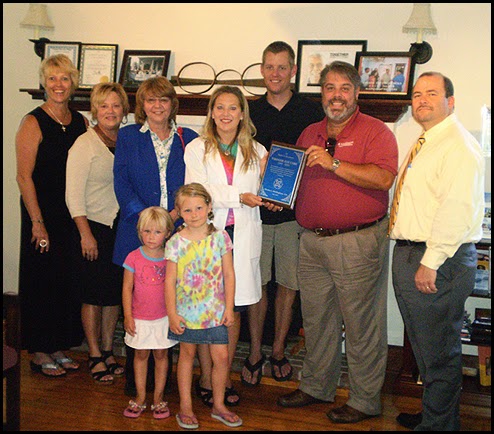 On Thursday, July 16th, Coal Country Chamber of Commerce officers and members presented to Dr. Shawna Heddinghaus of Fireside Eye Care a congratulatory plaque during her 10th Anniversary Celebration at 600 S. Eighth Street in Benld. The plaque congratulated Shawna Heddinghaus, O.D., and Fireside Eye Care on 10 years in business from 1999-2009 in recognition of their commitment to the citizens and communities of Benld/Gillespie and surrounding areas.