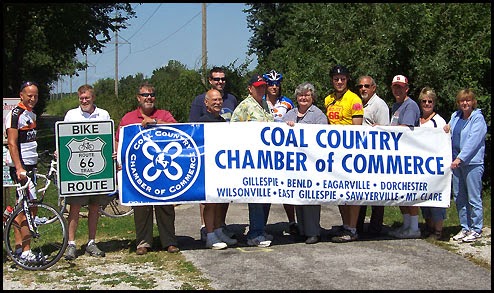 The League of Illinois Bicyclists, Route 66 Trail Executive Council and the Illinois Department of Natural Resources were greeted at the entrance to the Benld/Gillespie Bike Trail by city officials and members of the Coal Country Chamber of Commerce.