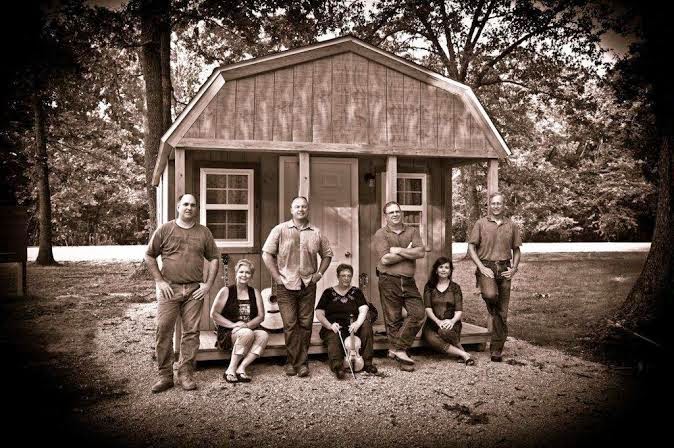 Returning for their second Summer Concert Series, Scrap Iron and Gold is a bluegrass and gospel band consisting of seven members. The members of the band are: Doug Glenn, banjo; Brenda Oberle, keyboard and vocals; Rick Calvert, lead guitar and lead vocal; Sondra Stallman, fiddle; Ron Lawrence, founder of the band, mandolin and vocals; Sandy Leithauser, keyboard and vocals; and Andy Ritchie, 12 string guitar and vocals. Scrap Iron and Gold was founded in the spring of 2009 by Ron Lawrence who had always longed for a “family band.” Ron and his “Scrap Iron” bluegrass and gospel buddies won first place at the county fair that summer when they played “I’ll Fly Away.” Soon three ladies were introduced into the band on vocals, keyboards and fiddle. The ladies, not wanting to be called “Scrap Iron” soon added the name of “Gold” to the mix . This mix of four men and three ladies discovered the “Scrap Iron and Gold” sound. This sound consists of fiery banjo tunes, gospel favorites, novelty songs, sounds of the civil war on fiddle and patriotic favorites.

The Summer Concert Series is a pleasure provided by members of the Coal Country Chamber of Commerce.

Anyone having questions or seeking more information on the Summer Concert Series may contact Co-chair Mickey Robinson at 217-710-5218.  We are also on Facebook. Please like the Coal Country Chamber of Commerce on Facebook so that you will see further announcements about our events.