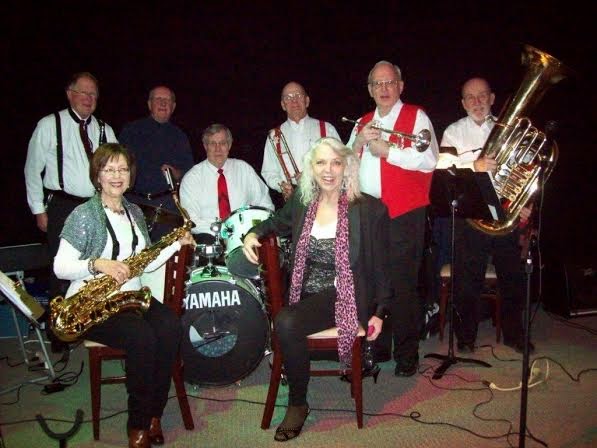 The Dixie Dudes Dixieland Band commenced as an extension of the Lewis & Clark Community College Concert Band of Godfrey Illinois in 1985. The Dixieland Band, an eight piece ensemble, became so popular that it soon had requests to play at many functions. The band’s first engagement was for the opening of the new Amtrak Railroad Station in Alton, IL. Since then the band has performed for conventions, college concerts, restaurants, retirement centers, Church functions, Marti Gras celebrations, Christmas parties, birthday parties and many other occasions.

The music is authenic traditional Dixieland as played in New Orleans. The band members are a mix of amateur and professional musicians who play for fun and recreation. The players include two teachers, a politician, two engineers, a pilot, and two doctors. The music will lift the spirit, lighten the heart, and start the foot tapping. More recently the Dixie Dudes have expanded into rock n roll tunes and dance tunes to play for weddings and other party occasions. The band has added to its name, “The Dixie Dudes and Dance” to reflect the inclusion of swing and Rock n Roll dance music.

Most recently the band has a regular engagement at the “Jazz on Broadway” in Alton to enthusiastic
crowds. Recent engagements include dances at the VFW and Lodge of the Eagles in Alton as well as several engagements in Grafton, IL at the historic Ruebel Hotel.